Colombia’s Supreme Court has placed former President Alvaro Uribe under house arrest while a fraud and witness tampering case against him continues.

The high court’s unanimous decision published late on Tuesday said magistrates found “possible risks” of obstruction of justice while they continue probing accusations the ex-president had a role in bribing potential witnesses against him.

“He will fulfil his detention from his residence,” said Hector Javier Alarcon, president of the Supreme Court chamber handling the case.

“And from there, he can continue his defence with all the guarantees of due process of law.”

The ruling is the first-ever in Colombia ordering the detention of a former president.

“The privation of my liberty causes me profound sadness for my wife, for my family, and for Colombians who still believe that I have done something good for the country,” Uribe wrote on Twitter before the court published its decision.

The former president, who local media say is at his country house in Cordoba province, has repeatedly declared his innocence in the case and questioned the court’s independence. Uribe served as president from 2002 to 2010, overseeing the country at a time of continuing conflict with the former Revolutionary Armed Forces of Colombia.

Opponents of Uribe, in favour of the house arrest measure ordered by the Supreme Court of Justice, gather in Bogota, Colombia, August 4, 2020 [Nathalia Angarita/Reuters]

The current probe stems from accusations made by Senator Ivan Cepeda, who contends that Uribe was a founding member of a paramilitary group in his home province during the decades-long civil conflict involving government forces, leftist rebels and right-wing bands that left hundreds of thousands dead, displaced or missing.

Uribe accused Cepeda of slander, but the Supreme Court dismissed the case, instead opening up an investigation against the ex-president for purportedly trying to bribe and sway witnesses who could testify against him.

“It comes after nine months of closely analysing a lot of evidence in the form of phone interceptions, listening to witnesses, looking at documents, conversations between the former president and his close allies,” he said.

“Uribe is still considered the most powerful and influential politician in the country, but also the most divisive. Half of the country consider him a saviour for the way he successfully fought the rebels during the country’s civil conflict, but the rest of the country instead criticises him for the many human rights violations and cases of corruption that happened during his two administrations, and in particular, the killing of thousands of civilians in extrajudicial killings committed by the army and paramilitary groups.” 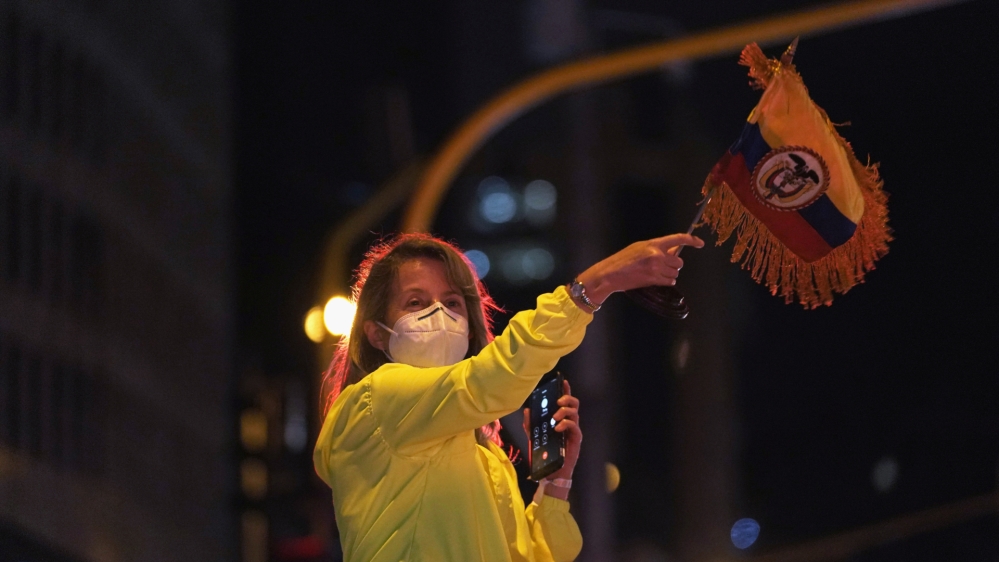 The news of Uribe’s detention touched off a firestorm in Colombia, with critics and civil rights groups praising the Supreme Court for continuing to pursue the accusations against him in a country where the powerful routinely escape punishment for wrongdoing.

“There is no one in Colombia who is above justice or the law, no matter how influential they are,” Cepeda said in a virtual news conference.

Meanwhile, the ex-president’s supporters – including President Ivan Duque – decried the court for what they denounced as a political decision.

“It hurts, as a Colombian, that many who have wounded the country with barbarities defend themselves in freedom,” Duque said. “And that an exemplary public servant who has held the highest position of the state cannot.”

As news of the detention spread, about 50 vehicles circled around capital city Bogota, with drivers honking horns, waving Colombian flags and crying out in support of Uribe. Some banged pots and pans from their homes. Downtown, several dozen people gathered to cheer the Supreme Court’s decision.