On New Year’s Eve 2019, Mark Tregellas made his way to the local beach with much of the rest of the town of Mallacoota, an area of outstanding natural beauty isolated by thick bushland in southeastern Australia.

By 7am the next day, the sky had turned black.

Then a blood-red glow swelled from the horizon to fill the entire sky and six-inch, jet-black carbonised gum leaves began to flutter down around them.

Sleet-like ash joined the leaves, like snowflakes but grey and dry. Then burning embers followed as the fires closed in.

Tregellas could hear the sirens of fire engines and explosions of liquefied petroleum gas (LPG), as tanks burst in the heat, coming closer and closer.

The fire trucks formed a protective ring around the more than 2,000 people who had gathered at the lake.

But at the last minute, the wind changed and the fire moved away, leaving Mallacoota smouldering in its wake.

Tregallas was lucky. He escaped with his life and minimal damage to his property. But thousands of other people lost everything to some of the most horrific bushfires Australia had ever seen.

People from Mallacoota took shelter by the lake as they waited for the fires to pass [File: Supplied/Al Jazeera]

The fires destroyed 35 million hectares (86.5 million acres) of land across the country, and more than 3,000 homes, according to the official inquiry into the disaster.

Since then, support and funding have poured into Australia from all over the world, and the Australian state and federal governments have led recovery efforts nationwide.

Last year’s fires began as early as September – helped by tinder-dry bush after years of drought – and with a new bushfire season looming, the Royal Commission into National Natural Disaster Arrangements is trying to make sure Australia is better prepared.

The commission is due to release its final report by the end of this month.

The effect of climate change is another key consideration for the commission, with experts saying climate change not only created fertile conditions for fire, but also enabled it to burn with greater ferocity.

Local people say years of mismanagement of the bush has also left it increasingly vulnerable to fire.

The fire has always been a part of the Australian landscape. In fact, it is essential. “Eighty percent of Australia’s native species need fire to germinate … but it has to be the right type of fire,” Morgan told Al Jazeera.

Morgan says Indigenous people used “the right type of fire” to manage the bush for thousands of years before colonisation, and it worked.

Cultural burning depends on the kind of land you are working in. The Australian landscape can be broken down into different kinds of “country”, or land types, determined by the dominant tree species in each area, according to Morgan.

Practitioners use a controlled, specific kind of fire that caters to the needs of each kind of country.

Australia’s existing bushfire hazard reduction methods have been in use since the 1920s when forest managers “developed a regime for regularly using low-intensity fires to reduce the fuel loads in the understorey of the forests”, according to the government. The approach varies slightly from region to region but may now have reached its limits.

These species are also mid-storey species which means when a wildfire comes through, they act as a fire-promoting ladder to the canopy, creating a wall of flame. 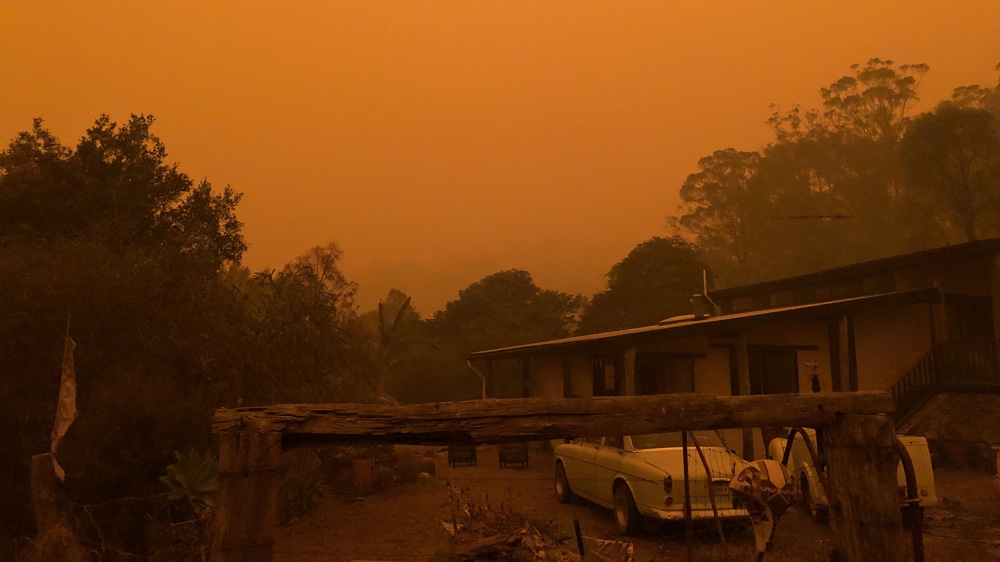 The devastation of last year’s fires has thrust cultural burning up the agenda.

In January, Prime Minister Scott Morrison and Australia’s key Aboriginal organisations “recognised the significant role that cultural burning, led by Aboriginal and Torres Strait Islander people, can play in expertly managing the impacts of bushfires in the future”.

The issue is now under consideration by the commission, which is looking at “the ways in which Australia could achieve greater national coordination and accountability”, citing a range of areas, including land management and “any ways in which the traditional land and fire management practices of Indigenous Australians could improve Australia’s resilience to natural disasters”.

You still kind of have hope that maybe it’s not real, that it will still be there. And then you literally walk up to the rubble that used to be your life.

“We need more containment lines and a few fit-for-purpose Australian aircraft to bomb fires on the ground. We need a Government emergency plan to be on hold [and] ready … I think we are all on notice, [fires] will come again.”

Recovery must also be improved

Recovery is another issue under consideration with many of those affected complaining help has been too slow to arrive.

In May, the Royal Commission was told that some people had to explain their situations over and over again as they applied for funding, and farmers are facing a bureaucratic nightmare in securing government grants and loans. 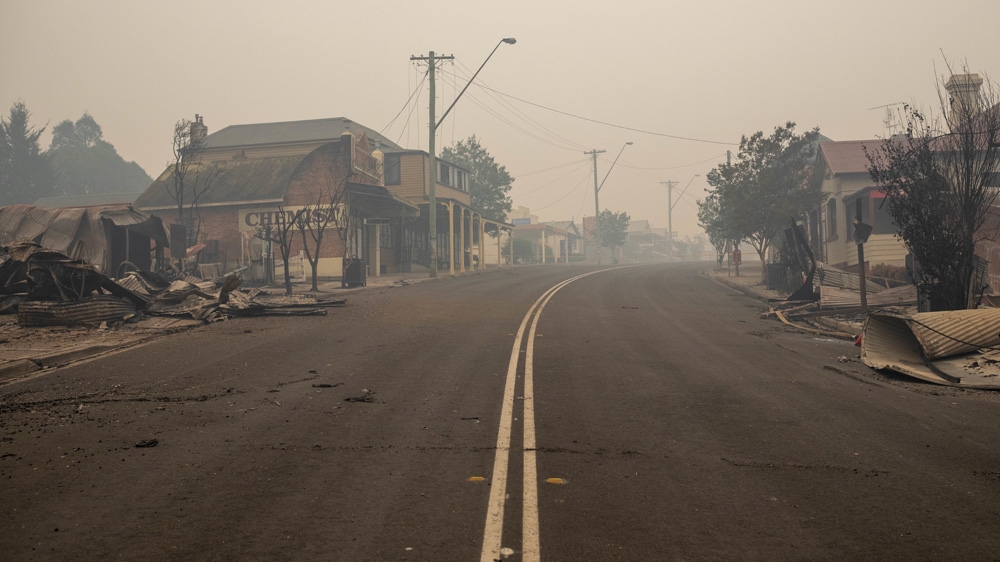 Cobargo was one of the towns devastated by the fires, which swept through the rural settlement on New Year’s Eve [Sean Davey/EPA]

Charities were also criticised early on for their slow progress, while the delays in clean-up and the red tape around funding applications have only added to the mental strain that people have been struggling with since the fires swept through.

Laura Gillies, whose detached studio in Quaama burned down with her in-laws’ house, was devastated by the reality of losing everything. She remembers vividly returning home after the fire had passed.

“You still kind of have hope that maybe it’s not real, that it will still be there,” she said. “And then you literally walk up to the rubble that used to be your life.”

Children have also struggled amid concern the trauma could have a serious effect on their performance at school.

Gillie’s four-year-old son has developed separation anxiety, and many children at his pre-school are also suffering.

“One of the kids plays ‘fire’,” Gillies said. “And one of [my son’s] other little friends, her mum was telling me how they had to drive through … walls of fire … and her little girl was saying, ‘Mummy, we’re going to die, aren’t we?’ … she obviously has had lots of trauma now.”

Gabrielle Powell woke at 4am on New Years Eve 2019 to see 160-metre flames from her bedroom window.

“I went into shock,” she remembered. “My husband threw up.”

After the fires, putrid smoke lingered on for weeks, if not months. 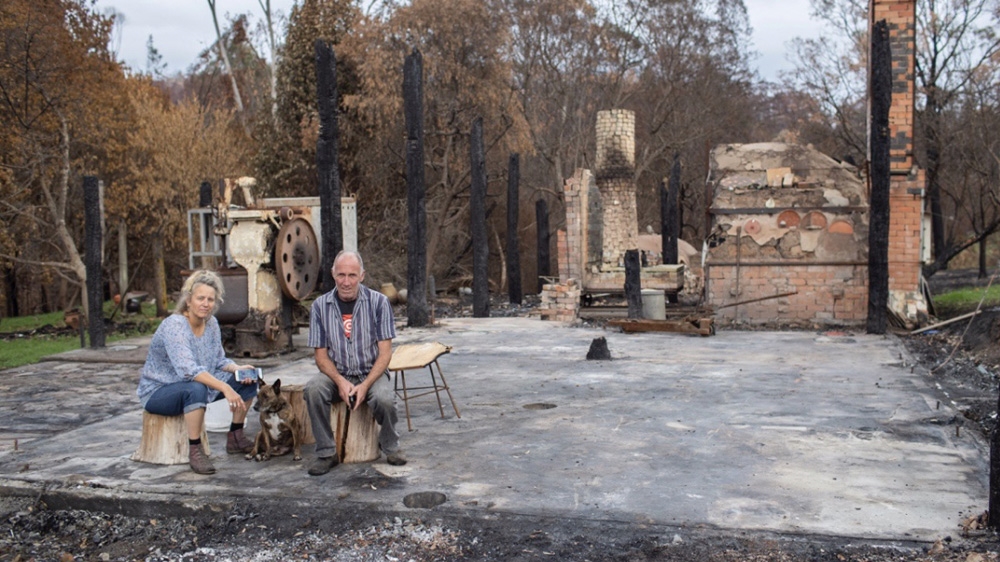 Now, half a year down the line, she is preparing her home for the next fires, and she is urging other people living in bushfire-vulnerable areas to do the same.

“Clean up – prepare your houses,” she said. “Buy water pumps and water tanks, rake the ground and clear debris … move everything away from the ground and under the house … water your garden … keep it green.”

In Cobargo, fires usually peak in the dry summer months.

Right now, no one knows how this year’s fire season might pan out, but Powell hopes this time Australia will be ready.