In today’s world, approximately one-third of all food produced is lost or wasted every year.

For past generations, surplus was a rare luxury.

Some of the most iconic dishes loved around the world have their roots in humble beginnings, created as ingenious inventions of necessity and are creative expressions of what to do with the food that was available.

Often, that meant making sure every last bite of food was eaten, scraping together leftovers and finding ways to infuse life back into them.

This salad hails from the Levantine Middle East and is packed with complex flavour: Zesty, tangy, crunchy, fresh and with a bit of sweetness.

Fattoush is a mix of chopped greens including lettuce, tomato, cucumber and radish.

The salad’s unique sweet and sour taste comes from two key ingredients: The generous use of sumac, a spice common in Middle Eastern cuisines, and the dressing made with sweet pomegranate molasses.

The star of the show perhaps is the toasted, or fried, pita bread rescued from its descent into staleness, giving the salad its characteristic crunch.

Fattoush comes from a family of recipes that are known as fattaat – the plural of fatteh – that all incorporate stale pita bread as their base.

These dishes were all born in the Middle East where flatbread – a bread that dries up if not eaten quickly – reigns. And that’s how people got creative and came up with several ways to eat them.

Perhaps one of the most iconic dishes of Spain, this saffron-kissed rice dish is a glory to behold. A beautiful display of rice adorned with various ingredients – vegetables, seafood, meat, beans – and seasonings like saffron and rosemary.

Paella is almost always cooked in the iconic steel pan, which was created to cook a meal for the whole family on an open fire.

Valencia is believed to be the birthplace of paella.

The dish traces back to those who served in the courts of Moor kings, who would take home leftovers from royal banquets and mix them in a rice dish.

Some historians even draw parallels between the word “paella” – which refers to the pan – and the Arabic word “baqiyya” which means leftovers.

Muslims in Spain began to cultivate rice around the 10th century and some believe paellas were the ultimate union of Arab and Roman roots.

Over time, the dish has become a staple of Spanish food. 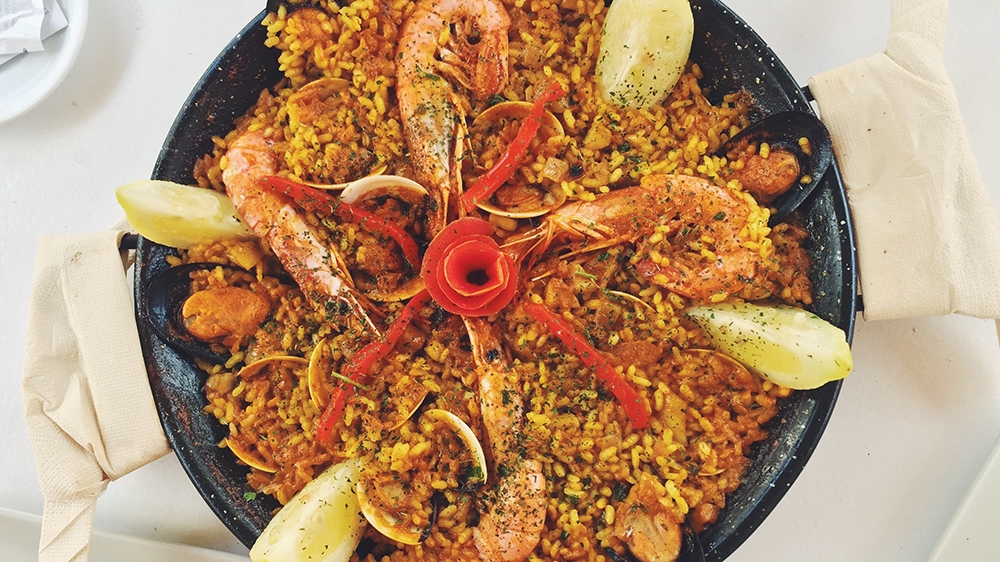 Corn tortillas are arguably one of the world’s great comfort foods and it is hard to imagine any going uneaten.

But if there are any left over, there’s a delicious dish made with yesterday’s tortillas: Chilaquiles, a Mexican breakfast dish.

The word “chilaquiles” means “chilis with herbs” in ancient Nahuatl – historically known as Aztec – and the dish does not disappoint.

Stale tortillas are torn into strips, fried until crisp, simmered in a spicy salsa of tomatoes, onions, garlic and herbs then topped with a healthy dose of crema – sour cream – and salty farmer’s queso – cheese.

This centuries-old dish has seen countless variations and evolutions over time and geography.

Regardless of the toppings, the core mission of the dish remains the same: Never let a corn tortilla go uneaten. 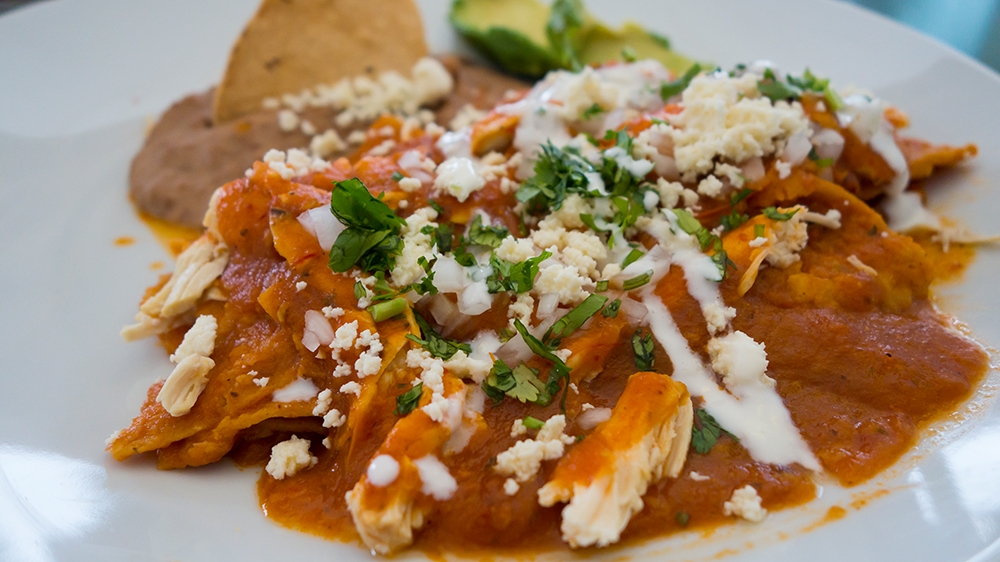 When thinking of dishes from the United Kingdom, shepherd’s pie is one of the first to come to mind.

This baked dish stars minced or diced lamb cosily hidden underneath a thick blanket of mashed potatoes that make the “crust”.

Some variations of the pie are also topped with grated cheese for an extra boost of flavour.

Shepherd’s pie originated from Scotland and northern England, where people relied heavily on potatoes, which were affordable and accessible to the poor, for sustenance.

In early mentions of the dish, the meat filling was a way to use leftovers from the Sunday roast. 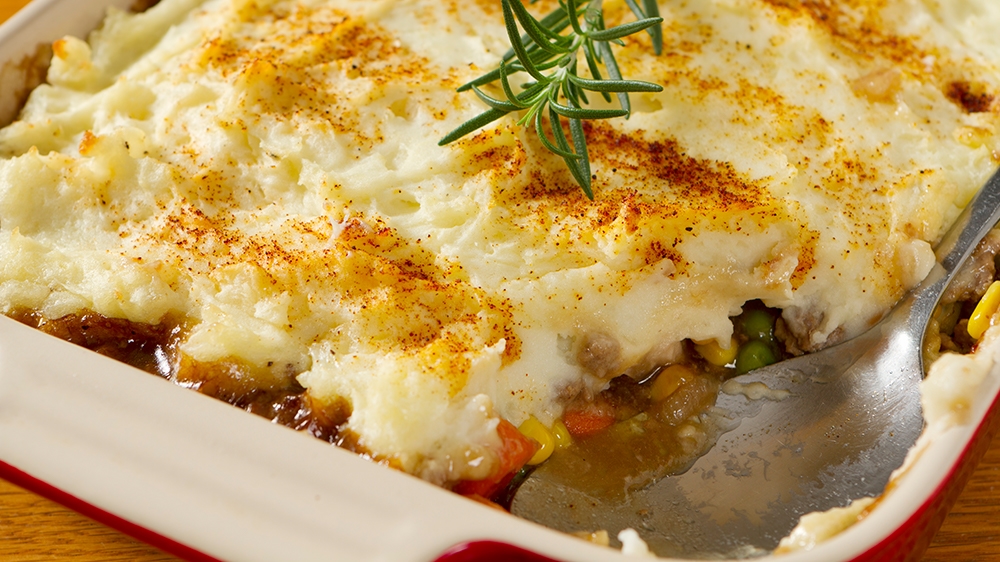 Chop suey is the perfect dish if you’re having a busy week and need a sizzling quick fix.

The stir-fried dish is a dazzling array of sauteed vegetables, egg and any choice of meat, all pulled together by seasoned sauces like soy sauce and oyster sauce.

This is one of the most common items on a Chinese takeaway menu. But do not let that fool you, it was born on American soil.

It is generally accepted that chop suey was created by Cantonese-American immigrants who arrived after the Gold Rush in the mid-1800s and quickly became a favourite among non-Chinese Americans.

The exact story of its origin is still highly contested, but a few of the theories reign.

One entails a visiting Chinese diplomat who did not like the food available and asked his personal chef to throw together a dish using leftovers.

Another tells of a Chinese restaurant in San Francisco where unexpected guests arrived just at closing time. Rather than making dishes from scratch, the chef whipped his leftovers into a dish.

Another origin story argues that the dish was based on a Cantonese dish, tsap suei, which translates to “miscellaneous leftovers”.

Regardless, throwing together an assortment of the vegetables on hand is still a great way to deal with leftovers. 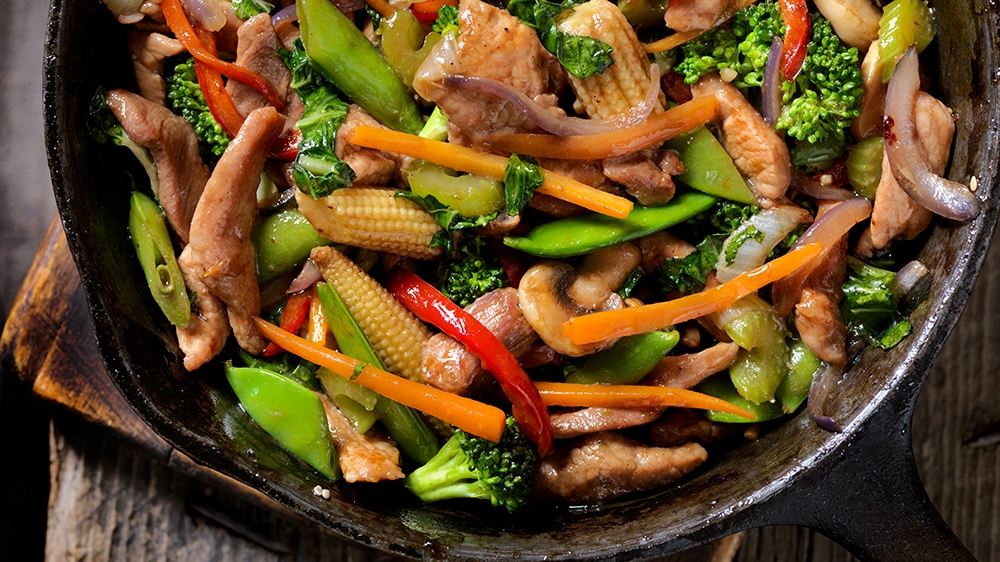 Join the conversation by following Fork the System, Al Jazeera’s new digital series, that explores bigger questions of culture, politics and history through the lens of food.