“Well, this is really interesting, I thought,” she told Engadget. “I must not be the only female that feels like headphones aren’t made for them.” After some brainstorming and partnering with manufacturers, she came up with the idea for Rosé Rockers, which are a pair of headphones with artificial flowers placed so it looks like a halo on your head. She wore them while deejaying at a Bravo TV “summer house” finale, and they were a big hit with the guests.

But those flowers weren’t enough for Stillings. “I wanted to make it not just a pretty headphone, but one that would actually fit women better, and sound the way a woman’s ear should hear.” Not only are women’s ears typically smaller in size, they also respond to bass and pitch differently than men, she said.

Rosé Rockers are headphones “made for women, by women”

Several research studies support that claim. A 1997 study from Medscape Women’s Health states that women have better hearing than men at frequencies above 2,000 Hz. Another study in 1997 done by researchers in Northeast Louisiana University noted that women have a greater preference for stronger bass. A 1995 study published in the Journal of Acoustical Society of America also states that men tend to experience hearing loss much earlier in life, with sensitivity that “declines more than twice as fast in men as in women at most ages and frequencies.”

Spurred by the research, Stillings set about making a better version of her Rosé Rockers. The ear cups are a little smaller than average on-ear headphones to fit smaller-sized ears. The audio is also more “balanced” acoustically in a way that she says won’t be damaging to a woman’s hearing. Plus, Stillings made the headphones foldable, so they would easily fit in a purse or handbag. And, of course, they have those flowers on the band, which come in red, blue and purple. The site finally went live earlier this year in May, and they sell for $98 each.

Despite the headphones’ flowery decals, Stillings says that what sets her company apart is the technology.

“Part of what our brand is about is actually not just taking the existing technology and slapping something cute on it and saying this is for women,” she said. “Sometimes a brand will be like ‘We made something pink and we made it for you girls.’ That’s almost insulting at this point.” While other companies simply made their headphones more outwardly feminine, Stillings said, her headphones are made for women from the inside out. 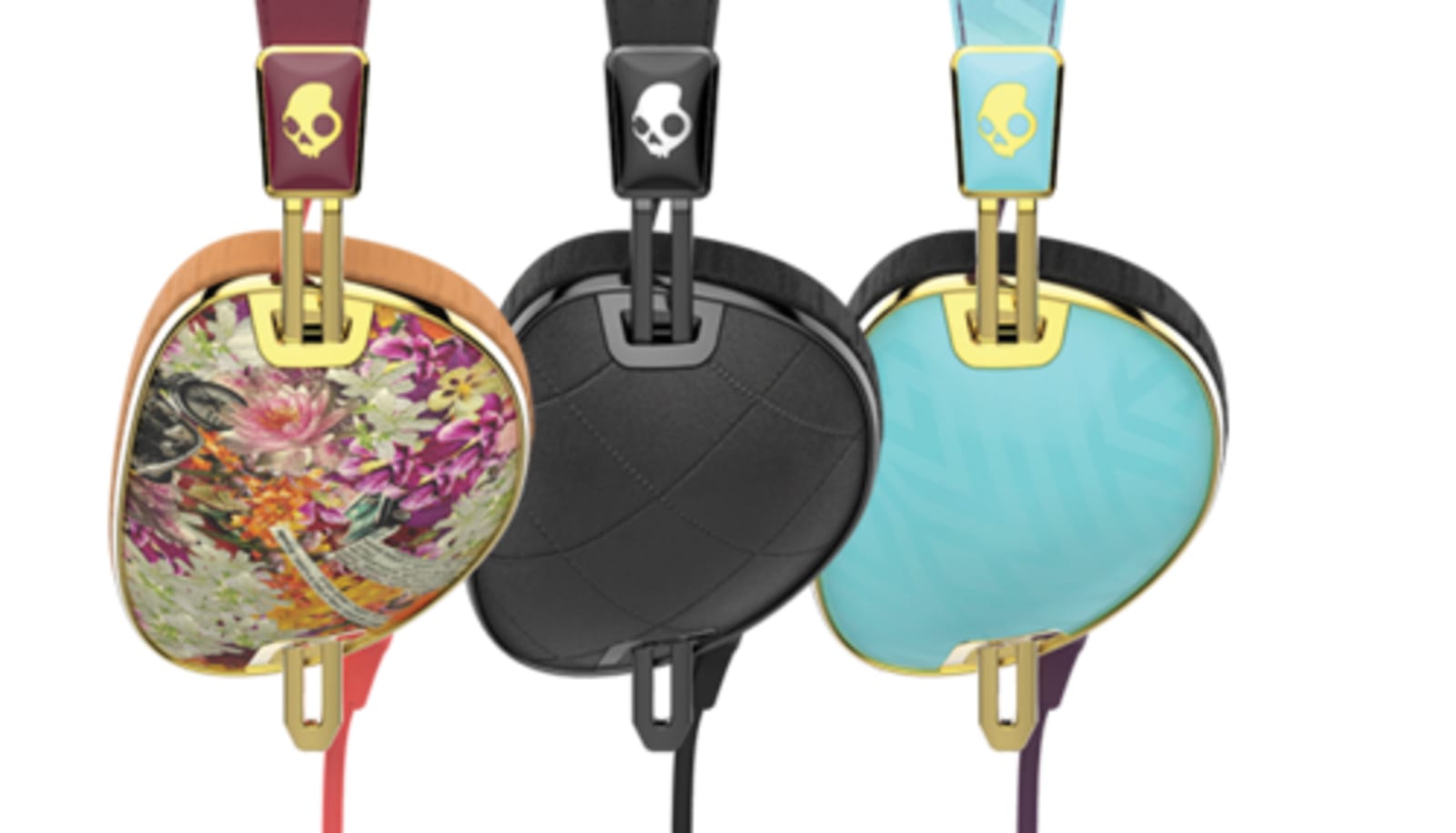 Skullcandy’s Knockout headphones were “made for women” too

Yet, Stillings’ Rose Rockers aren’t the first headphones “made for women.” Skullcandy introduced a pair of “Knockout” headphones in 2014 that were also designed for the female ear (physically and acoustically). It was apparently the result of “years of research” into the “anatomical and acoustic differences between men and women,” and it too was adorned with various colors and flowers. That said, the company has already discontinued the headphones. A cursory online search reveals that most of the headphones targeted for women aren’t too different from “normal” headphones, except they come in more colors and styles.

It seems that despite the research and Stillings’ claims, there might not really be a huge demand for headphones made just for women. “Do men hear differently from women? Yes. But it’s not appreciably different,” said Dr. Craig Champlin to Engadget. Champlin is a professor in the Department of Communication Sciences and Disorders at the University of Texas at Austin, whose research focuses on auditory perception.

Champlin acknowledges that there are certainly some differences between men and women from the physical or anatomical perspective; men’s ears do tend to be larger than women’s ears. Everything from the pinna (the flap of skin on the side of your head), to the concha (the recessed “bowl” in the ear) and the ear canal are generally bigger for men than women.

Champlin said that as far as earbuds go, there probably is a need for different sizes. Larger ones will probably be uncomfortable in most women’s ears and very small earbuds might be much too loose in most men’s ears. JBL’s YurBuds, for example, are a line of earbuds marketed mostly toward women due to their smaller size. Of course, there are also plenty of other earbuds that come with different-sized tips right in the box to help accommodate ears of all shapes and sizes.

As far as over-the-ear headphones go, however, Champlin doesn’t see much of a need for different sizes. “That’s the same for men and women,” he said, adding that the ear cups for most headphones are generally sized large enough to be comfortable for big and small ears. 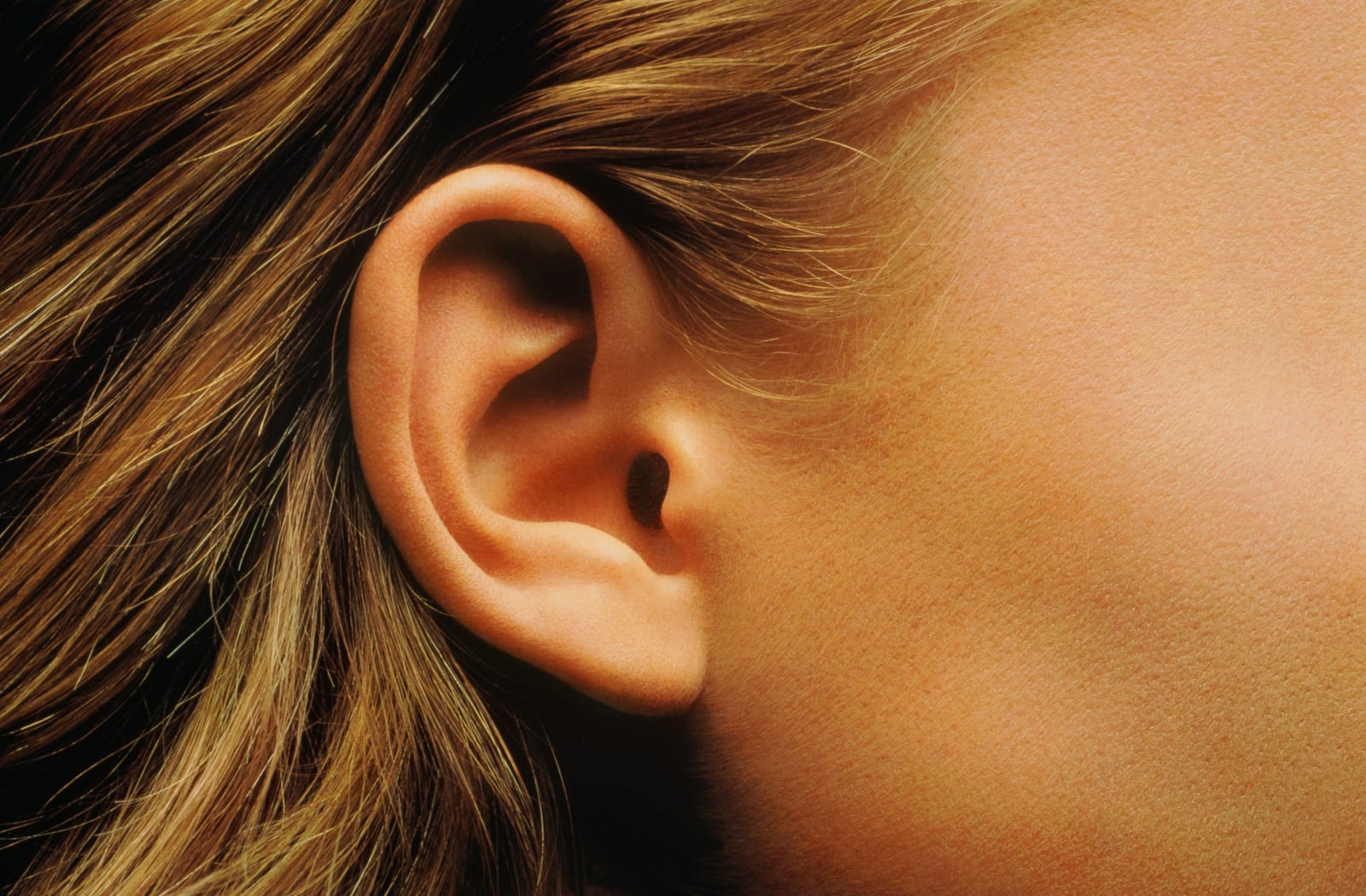 A woman’s ear tends to be smaller than a man’s ear (Image: John Turner via Getty Images)

Aside from that, Champlin says that despite the earlier studies, the acoustic differences between the sexes are relatively minor. “Men and women hear low pitches about the same,” he said, adding that young people in general can hear higher pitches than those who are older. Men, however, age more rapidly than women, and will lose their sensitivity to high pitches over time. “It’s men who could use a little bit more boost in high pitches relative to women, if anything.”

“Even then, the deterioration is very slow,” Champlin added. “Over a twenty-five year period, it changes maybe a decibel a year at 8,000 Hz. It’s very subtle and very gradual.”

Plus, he said that if you wanted to change the bass for example, you can just do that via software. “If you’re listening on a phone or a portable music player that has electronics, you can adjust the quality of sound on the device. That can change the acoustics just fine. You don’t need headphones specifically designed for that.”

In fact, Champlin goes on to say that it’s actually a far bigger deal to be able to change the bass and treble however you like it, regardless of sex, so that it fits your preferred genre of music and the background that you’re in. “Some women like jazz, some like rock, some like classical, and men are the same too.” 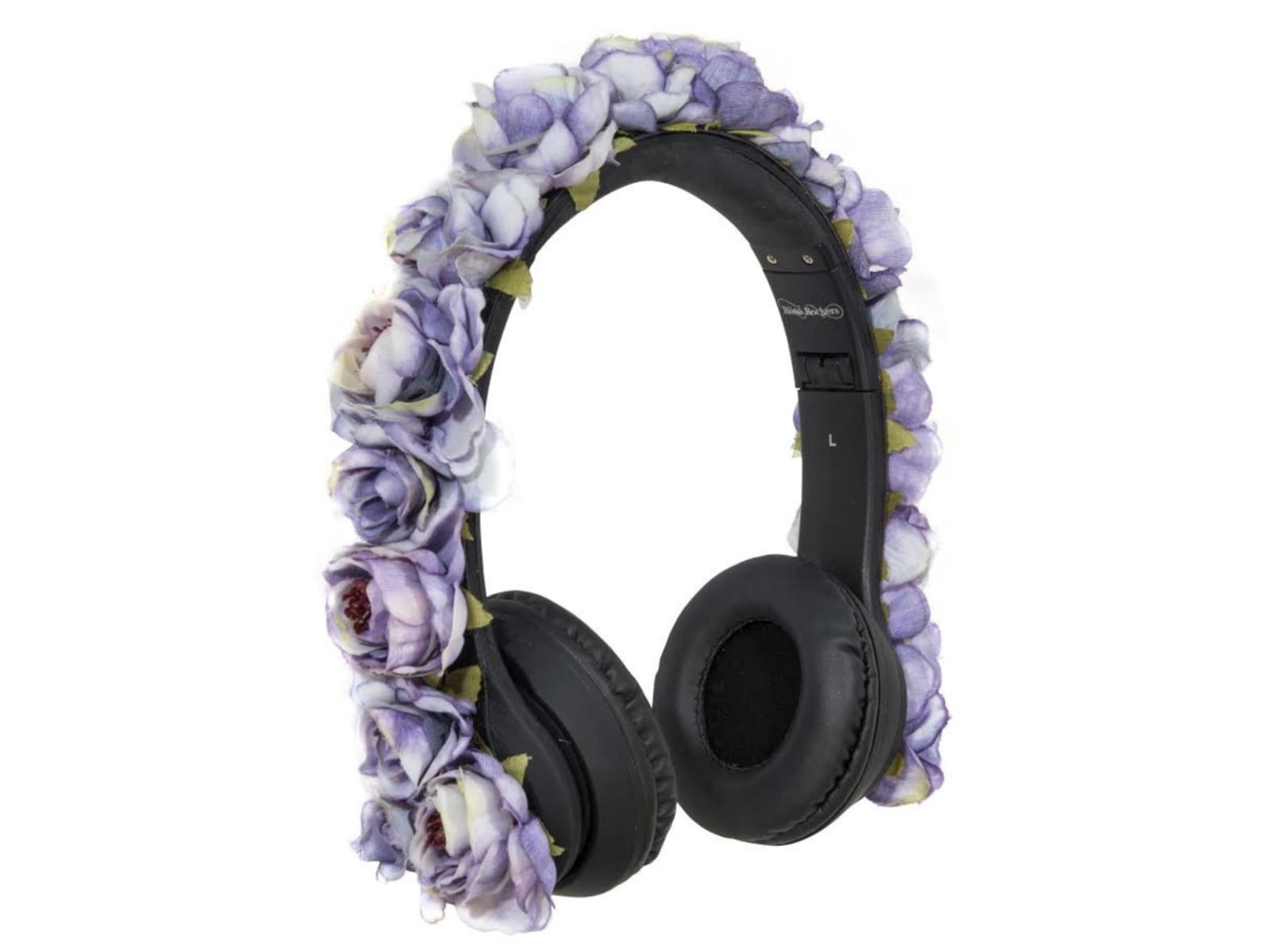 A pair of Rosé Rockers with purple flowers

In response to Champlin’s claims, Stillings said that you could indeed use your phone’s EQ to properly balance the sound, but with Rosé Rockers, the work is already done for you. “The way that we balance the sound is proprietary and not obvious to the average, untrained ear,” she said. “This is part of my specific expertise in DJing and testing almost every headphone I could get my hands on in the last eight years.”

I had a chance to try out a pair of Rosé Rockers for myself, and I found them to be a pretty average pair of headphones. The sound quality was good with decent bass and highs, but the overall construction felt a little tight around my head. The on-ear cups are a little smaller than what I’m used to as well, which I didn’t really think made that much of a difference as far as comfort goes. As for the flowery design, well, I’m definitely not the target market for that kind of style (Stillings did tell me they’ll come out with more neutral flower-less options in the fall). I know it’s unfair to compare the two, but let’s just say I’m not giving up my $300 Sennheisers any time soon.

Of course, Stillings isn’t going after the high-end market with her $98 Rosé Rockers. Instead, she simply wants to be the first company to make headphones for women, by women. And while I don’t care for the headphones, I do appreciate her message. “We don’t want women to be paying a pink tax,” she said. “We would rather build something and take less of a margin and be able to make a product that promotes women’s ear health; to build a product that make women feel beautiful while helping them live a healthy life. That’s just so much more important to us.”

The Best Window-Cleaning Robots for 2020